Ahead of Our Time

Coldcut are founders of Ninja Tune, the UK independent electronic music label. Ahead of Our Time was their original label before Ninja Tune and in 2016 was reopened autonomously as a channel, lab, and general playground to facilitate free expression of and experimentation with a range of music, ideas and interests. Bogus Order are Coldcut’s alter ego that release on Ahead of Our Time. BO’s discography can be found here.

The final product is a future-facing assemblage of influences, drawing connections between different points in a jazz-tipped, soulfully-minded spectrum; it builds outwards, from the solid musical foundations of those first sessions, featuring the likes of Thabang Tabane, esteemed percussionist and son of the legendary Phillip Tabane. On the one hand, there are gqom beats, interlaced with activist chants and and Tony Allen’s live Afrobeat drums; on the other, there are warm, lyrical meditations, aided by horns and keys. The name “Keleketla” means “response”, as in “call-and-response”, a title which speaks to the project’s aim: to build out a shared musical ground, traced across different recording sessions, continents apart.

“Keleketla!” is about finding musical connections. Starting with the tight community around the Keleketla! Library, this project has grown out of those closely forged bonds that can develop around music. Recalling the records he was introduced to and friends made while in South Africa, More says, “There’s music lovers everywhere and that’s what we thrive with.” “Keleketla!” is about embracing that call-and-response tradition, and seeing where it takes you. James Heather announces Stories From Far Away On Piano

Following the release of ‘Modulations: EP 1’, contemporary pianist James Heather presents his debut album – ‘Stories From Far Away On Piano’ on August 18th via Coldcut’s Ahead Of Our Time who say “We highly recommend that you tune in for a journey into an emotive piano landscape.”

The album concept and artwork (layers of Indian ink repeatedly bled into newspaper print representing the recirculation of information) centres on Heather’s interpretations of real world stories; Isis jihadists hijacking the Facebook account of an executed female activist in Syria (‘Ruqia’), the British Empire’s imprisonment of Boers in South Africa (‘Empire Sounds’), a missing Malaysia Airlines jet in the Indian Ocean (‘MHope’), the Paris terror suspect who reportedly had a ‘Last Minute Change Of Heart’ and the Los Angeles man freed after 16 years in prison after being wrongly identified by a ‘Teardrop Tattoo’.

The only piece breaking from the world news-based theme is ‘Pathos’, where Peckham in London is given as the location and the area where the album was recorded. “Pathos is an appeal to emotion, a way of bringing the listener in, to evoke an empathetic response,” Heather explains, adding “this is my interpretation of stories I discovered. The stories themselves are not the focus, but the piano assimilation is, as the album is about viewpoint, opinion and perspective.”

Perspective is something Heather has in abundance; he nearly died in a traumatic road traffic accident in 2008, leaving him in a coma in intensive care and then off work for an extended time. One permanent injury was his finger, which became skewed in the crash. He was unsure if he’d ever be able to play to the same standard again but now he’s flourishing in the wake of the long, steady but recently accelerated success of figureheads like Max Richter and Nils Frahm. In 1990, Bogus Order released Zen Brakes Vol. 1, the first ever Ninja Tune release. Last year saw the reemergence of Bogus Order with The Bullnose Step EP, and this year they unveil Zen Brakes Vol. 2, the sequel to a historic debut some 27 years ago via Ahead Of Our Time.

Alongside this release, Bogus Order will be unveiling Pixi, an iOS based artwork synthesis app from Coldcut built on the concept of Granular Synthesis that was used to create the album imagery. Currently, the app exists in two forms– a modular synth iPad version and a Player version for phones and pads. Zen Brakes Vol. 2 will include a player app featuring tracks from the album that users can interact with to create and upload pictures to accompany the music, allowing for visual remixes of their own images. The record will also see a limited edition CD release which will feature 10 different artwork cover variations to coincide with each track from the album.

You can read more about the Pixi app here ahead of Zen Brakes Vol. 2’s release. 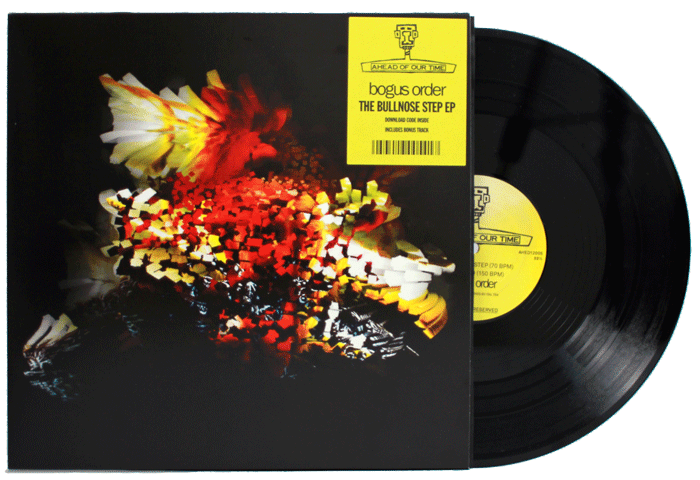 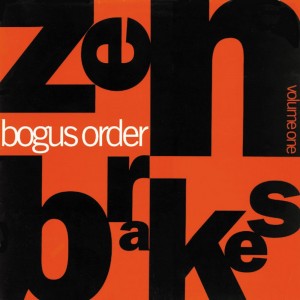 Hot on the heels of the release of The Bullnose Step EP, Bogus Order reveal a brand new stems pack for the intuitive Ninja Jamm remixing app.

The EP features additional production from Ital Tek (Planet Mu) and legendary live acid duo Air Liquide, with the new Ninja Jamm pack giving you the power to make and share your own creations.

Download the Ninjajamm app on Apple or Android for free.

The Bullnose Step EP is out now – Ninjashop / Download / Stream